A Quick Guide To Chardham Yatra – Lets Dive in Devotion

A Quick Guide To Chardham Yatra – Lets Dive in Devotion 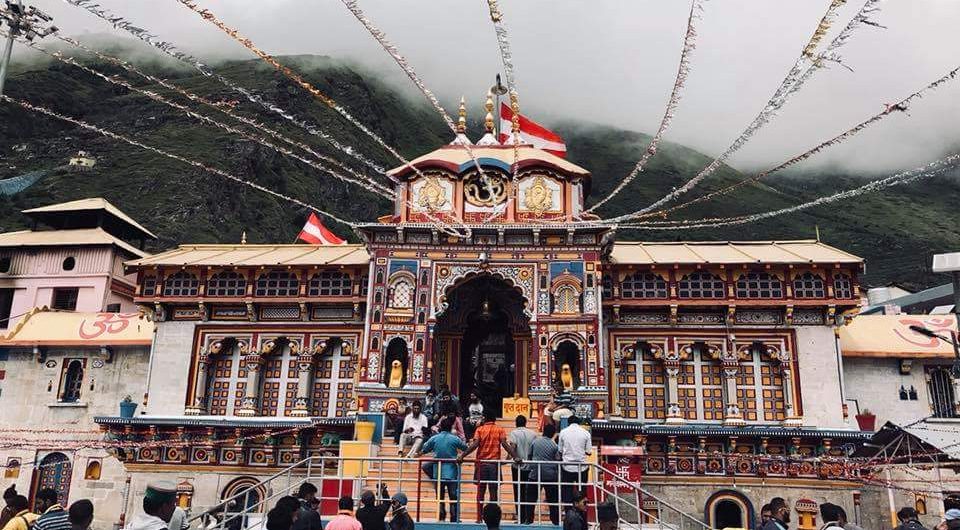 The Chardham of Uttarakhand is known as the four important pilgrimage sites which are a must to visit for Hindus. These places are Yamunotri, Gangotri, Kedarnath, and Badrinath, and combined called as Chardham Yatra.

In each of these places, you can find the most magnificent idols of the presiding deity, inside a temple structure that is centuries old and which are visited by thousands every year.

What Is The Uttarakhand Chardham Yatra All About?

The Uttarakhand Chardham Yatra usually begins in the Yamunotri temple from where it proceed to the Gangotri temple, and then moves over to the Kedarnath Temple and culminates at the Badrinath Temple.

The reason why the route of the Chardham is given in this manner is to stress on the fact that pilgrims from making a visit to them together on a journey that begins in the left and then moves to the right.

A key aspect to note about the Chardham is that they are not related to just one God, but to many. During the journey, the pilgrim will visit a Vishnu temple, Shaivite temple, and two Devi Temples.

Hence it is not one to be undertaken by a single sect but many sects. The journey done by the pilgrim will help attain liberation from the cycle of birth and death or Moksha.

It is to be noted that the number of pilgrims who undertake this journey, more than two million and this includes those from the country and abroad.

Due to the large influx of people, the Central Government, as well as the State Government, have opened various types of infrastructure such as air, road and rails facilities, improved highways and also medical care provisions. The Yamunotri temple is a famous Hindu pilgrimage spot and part of the Chardham of Uttarakhand. It is located on the banks of the River Yamuna.

Inside the temple is the black idol of Goddess Yamuna, who is the daughter of Sun God Surya and his wife Sangya. It is constructed in Tibetan style and features red sandstone which is highlighted by carvings on green stone.

The temple is located on the Kalind Parvat, which is at an elevation of 3291 meters above sea level. An interesting aspect of the temple is the hot springs that surround it.

Devotees bath in it, use its waters for cooking rice which is then offered to the goddess. This is the first point of Chardham yatra.

According to Hindu scriptures, the temple stands on the place where Sage Asit lived. He wanted to bathe in both the Ganga and Yamuna but could not do so due to his old age.

Pleased by his penance the River Ganges appeared before him parallel to the River Yamuna. Hence the temple is in the spot where the two rivers meet.

Every year, this temple is visited by thousands of devotees from all over the world, some as individual just to the site while others come as part of the Chardham Yatra in Uttarakhand.

The opening ceremony of the temple after months of closure during winter is a grand ceremony.

The best time to visit the temple is between the last week of April and the first week of November when the weather conditions are conducive.

All along the way to the Yamunotri temple, you can see the place of picturesque natural beauty, such as Hanuman Chatti, Dodital, Kharsali, and Dayara Buggy.  It can be reached through routes that arise from the Hanuman Chatti. The town of Gangotri is located in Uttarkashi district, Uttarakhand. It is placed in the greater Himalayas, at a height of 3100 meters, on the banks of the Bhagirathi River.

The name comes from the legend that River Ganges descended in this place from the locks of Lord Shiva’s hair.

About The Gangotri Temple

Inside the Gangotri temple is the magnificent idol of Goddess Ganga and apart from the main deity you can also see idols of Saraswati, Mahalakshmi, Annapurna, Ganesha, and Yamuna.

The temple structure is one of enormous beauty with pyramid-shaped towers, each of which has a Kalash type of golden beautification done on it, along with minaret-like windows and chambers.

This structure was built by Amar Singh Thapa about 250 years ago but the current structure which was later renovated by the Royal House Of Jaipur.

The area surrounding the temple is one of scenic natural beauty, as it abounds in snow-capped mountains, lush pine and deodar forests with lush vegetation.

Other important tourist locations here include Bhagirath Shila, Tapovan, Gaumukh Glacier etc. Close to the temple, is a Shivling which is submerged in water is believed to have medicinal properties.

It is said that Lord Shiva drunk its waters to calm his throat of the poison that he had intaken.

According to ancient Indian scriptures, King Sagara decided to do an Ashwemedha sacrifice with his sixty thousand sons and when the horse reached the site of Sage Kapil, they were burned to ashes by his sight.

The sage repented and said that the souls of the sixty thousand sons will gain Moksha only when Goddess Ganga comes down to the earth.

Hence King Bhagirath which was the grandson of King Sagara prayed to Lord Brahma for this and did penance for it. As a result of the penance, Lord Brahma sent Goddess Ganga to the earth.

During the time that the temple structure is closed, the idols of Goddess Ganga, Ganesha, Annapurna, and Saraswati are moved to Mukhba Valley and they are carried through a big religious ceremony.

During the six winter months when the temple is closed, snow fills up the place but there is an oil lamp lit inside, which stays on for this period of time.

An interesting aspect here is the Jalamagna Shivalingam, which is seen only during the months of winter. This natural rock Shivling is the site where Lord Shiva held the Ganges in his matted hair, letting her down slowly.

It is very important and also considered to be auspicious to visit this place, during the Chardham yatra.

Best Time to Visit Gangotri Temple And How?

This temple is open from the last week of April to the first week of November. It can be reached from the Dehradun railway station which is situated some 240 km away.

It can also be reached by taking a taxi from the Jolly Grant Airport that is located 250 km away. A fact to be noted about Gangotri is that it is a place of scenic natural beauty, hence there is so much of natural exploration that can be done through trekking. The treks to Tapovan, Mt Shivling, Gaumukh are very popular. The majestic temple of Kedarnath lies in the town of Kedarnath in Uttarakhand. It is located at an elevation of 3600 meters above the sea level in the Garhwal mountain range, which is close to the Mandakini River and is dedicated to Lord Shiva.

It was constructed by the Pandavas, but the current structure owes its origin to Adi Shankara who reconstructed it from its old premises in the 8th century.

The exterior structure of the temple is built from white marble, which gives it a very peaceful and serene appearance.

Like the Badrinath temple, this temple is not a single structure but a series of five structure also known as Panch Kedar.

Inside you can see the majestic lingam of Lord Shiva, and the pillars of the mandapa have ornate or intricate carvings which add beauty to it.

In addition to the Shiva lingam, you can also see idols of Parvati, Pandavas, Draupadi, Lord Krishna, Virabhadra, and Nandi.

The five different aspects of Lord Shiva inside the temple are Tung Nath, Madhyamaheshwar, Kalpeshwar, Rudranath, and Kedarnath.

An interesting feature here is the Gauri Kund, which is made up of a temple and a hot water spring that is dedicated to Goddess Parvati.

This place is of importance as it is the location where Lord Shiva and Goddess Parvati carried out their yogic penances.

It is said that as the Pandavas wanted to get rid of the sins of killing their brothers in the war, they sought Lord Shiva’s blessings and made their way to Kasi for this.

However, as he had gone to Kedar, they could not do so, hence came to Kedar to get his darshan, where they saw him in the form of a bull.

The priest of the temple is known as the Rawal, who directs the five priests where who carry out various rituals throughout the day.

The best time to visit Kedarnath temple is between the last week of April and the first week of November as it is during this time that the weather is most conducive for such visits.

The temple structure is open from 4 am in the morning till 9 pm at night daily. Devotees can touch the Shiva Lingam and also take part in the Abhishekam. Between 3 pm and 5 pm, the temple is closed. The town of Badrinath lies in the Chamoli district in Uttarakhand. It is very close to the close to the Alakananda river. It is known for the Lord Badrinath which is part of the Chardham or temples that are a must to visit for Hindus.

Inside the temple is the 3.3 feet gold plated black Shaligram idol of Lord Badrinath. Initially, this idol was enshrined inside a cave that was close to the Tapt Kund which is a hot Sulphur spring that is next to the temple, in which devotees bathe and which is known for its medicinal properties.

The current location of the idol is in the 16th-century temple that was built by the King of Garhwal. The temple stands at a height of 50 feet and has a small cupola on the top.

Inside you can see many large pillar structures each of which are made up of ornate intricate carvings.

It is believed that it is in Badrinath that Lord Shiva mediated and on request from Lord Vishnu, gave him a part of it and went to Kedarnath.

The idol if the lord is very beautiful and a must see during the present Kaliyug as it is the only way in which people can look at the actual Lord Badrinath in this time period.

According to Hindu scriptures, in the Satyug, it is possible to see the holy image of the lord, but in Treta Yug, only saints could see it.

In the Kali Yug, the idol is the only means of viewing the holy image of the Lord himself. The River Alakananda flows on the side of the temple and shows itself as washing the feet of the Lord.

This river is a part of the Ganges which split when it descended from the heavens.

What is unusual about the place is that it is made up of five temples and hence it is called Panch Badri. It is part of the Bada Chardham as well as Chota Chardham and according to Hindu texts, it must be visited by everyone at least since in their lifetime.

It is also believed that those who visit it will be liberated from the cycle of life and death.

Best Time to Visit Badrinath And How To Reach It?

The best time to visit Badrinath is from the last week of April to the first week of November. It is at this time that the extreme weather conditions that are usually present in this place become quiet.

The place can be reached by train till Haridwar Railway Station, which is situated at a distance of 318 km from the place. After Haridwar Railway station you have to hire a cab or take a bus.

The nearest airport is the Jolly Grant Airport which is 311 km from the place and you can hire a taxi to take a bus to reach Badrinath.