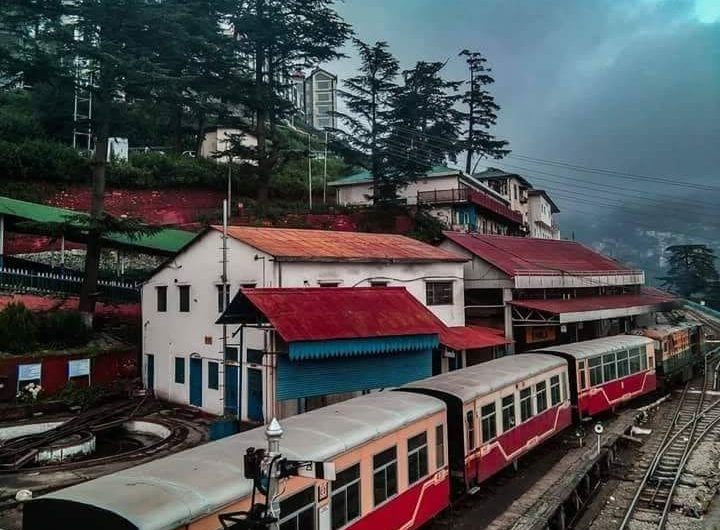 Traveling is my favorite activity of the busy routines and office deadlines. This time around, I planned to visit Himachal Pradesh and witness the ethereal beauty of the mountains.

Staying in a metropolitan city one will come across huge building and infrastructure marvels, but out there in the foothills of Himalayas lies a beautiful world.

This world is also called Himachal Pradesh which is often referred to as the land of snow. Being single, I planned my trip with my best buddies and went to every single destination that the state has to offer.

It was a month long trip and we pretty much covered every nook and corner of the state. Below is a detailed account of best places to visit in Himachal Pradesh and which are worth the visit.

List of Best Places to Visit in Himachal Pradesh

The North Indian state Himachal Pradesh is known for its mountain peaks and cold weather. Of all the hill stations that the state has, Shimla is one of the most popular holiday destinations and remains the summer capital of British India.

Situated at an elevation of about 2,200 meters, the place remains the terminus for the narrow-gauge Kalka- Shimla Rail line.

Be it summers or winters, Shimla is the ideal travel location not just for locals staying in nearby areas like Chandigarh but also for people from far off places and for foreigners as well.

During summers the place turns out to be mild and pleasant for tourists, while autumn presents a luxurious, velvety touch to the mountains drawing the attention of the travelers.

Also, in winters, the area gets covered with thick snow turning the entire surrounding surreal as travelers run for experiencing the perfect skiing location.

Apart from snow-clad hills, pine trees facing towards the sky, and a hush mall road, Shimla has many temples and museums for spending at least two to three days. List of best places to visit in Shimla include-:

Shimla inherited its name from the deity Shyamala Devi, who was an incarnation of Goddess Kali. The temple has been constructed as reverence for the goddess and is situated on the Kali bari road in Shimla.

Jakhu Temple is another temple located uphills Shimla on Jakhu hill. The temple is around 2 km trek from the ridge at mall road and is an uphill trek in between the deodar trees.

Dedicated to Hanuman, the temple has the tallest and the highest Hanuman Idol as it is situated at about a height of 2,455 meters.

Besides these temples, the best places to visit include mall road which is a colorful market for shopping, Christ church, Kalka-Shimla rail, Kufri, solan among others.

Nearby Areas in Shimla

Though Shimla is a key travel destination, it’s nearby places are also worth exploring. One such place is Tattapani that is around 51 km from Shimla. The place is best for a base trek, rafting and trout fishing. It is another hilly spot near Shimla that is known as the best skiing spot in winters. Located at a height of about 2,800 km, the place is a popular travel destination among travelers.

Horse ride to Mahasu peak is one of the activities that makes it an interesting experience. The horse rides between the muddy road and traverses towards the upper hills making it even adventurous. Manali is another hill station in Himachal Pradesh that is nestled between Dhauladhar and Pir Panjal ranges. It is bestowed with dense forests with Beas tributary meadows between mountains that create a spellbinding scenery.

From museums to temples, trekking trails to river activities, rafting to skiing, Manali is a travel magnet for tourists. Some of the best places to visit in Manali are-: Hidimba Devi temple is one of the most popular temples in Manali. The locals call the temple as Dhungiri temple and are located amidst the dense forest.

The temple is named after Hidimba who was the wife of Bheem, the five Pandavas. This conically shaped temple attracts a lot of tourists throughout the year. Trekking freaks in large numbers throng the Solang valley that is located in Manali. The valley is famous for trekking activities and adventure sports parachuting and paragliding.

This is a must-visit spot which is only 14 km from the Manali.

During winters, the valley gets covered with snow which then becomes the playground for skiing activities. But as the snow melts, the place becomes an attraction for zorbing.

Manali has a small clubhouse that is actually a gaming and eatery joint. The club also has river crossing activities as small tributaries of river flow from there.

Inside the clubhouse, games for children, haunted house and boating activities are available for fun which keep the kids engrossed and one can also experience the natural high mountains. On the outskirts of Manali, there stood a Gurudwara called Shri Manikaran Sahib that is the key spot for hot water springs.

The shrine is of religious importance for Sikhs and Hindus and is located in the Parvati valley in Kullu district of Himachal.

The spring water that naturally occurs at this place contains sulfur, uranium, and other radioactive elements that are believed to miraculously treat all diseases.

Vashisht is another hot spring spa that is located just 3 km from Manali. The place is dotted with ancients sandstone temples and is filled with travelers including foreigners.

It is also famous for cheap hotels so many of the tourists like to stay here rather than spending more on other hotels. The temples find the attention of shutterbugs and are located in the beautiful surroundings of Manali. Dalhousie is another key hill station in Himachal Pradesh witness a high footfall of travelers throughout the year. The name itself represents the colonial colors and thus one can see more of British heritage buildings.

People standing in Pathankot and nearby areas often flock the hill station to spend the weekend in this chilled place.

The place has a beautiful mall road which is full of shops that sell local products such as the Chamba chappals. These shops are filled with tourists and the scent of winters fills the air.

Candles, shoes, clothes are some of the products that one can easily spot on display. Besides shops, Dalhousie has other areas nearby that are a perfect way to spend some days. The best places to visit in Dalhousie are:

Kalatop hill is a pristine location in Dalhousie Himachal Pradesh as it is bestowed with a lush green valley with the high mountain peaks.

It is located just 12 km from Dalhousie and is easily accessible either by your own vehicle or through the local transport. Otherwise, trekkers find the trail pretty easy to cross.

One can see that the place is filled with families enjoying with their kids and spending hours together gazing at the lofty mountains. These waterfalls brim with water during monsoons and the traveling experience gets elevated with the gushing sounds of Satdhara streams.

Apart from these marvelous places, Dalhousie has many other traveling spots. For instance, St. Andrews Church is another attraction.

St Francis church and St. Patricks church are other Christian religious places besides the Laxmi Narayan temple for Hindu devotees. Located in Chamba district at about 24 km from Dalhousie, Khajjiar is a mesmerizing beauty that is filled with grazing lands and high mountains.

The place gains its popularity from the Khajjiar perennial river that flows nearby and fills little water streams. Another place to visit while in Khajjiar is the panch Pandav or the shooting spot that is famous for the military bases. Tour to Uttrakhand : The Kumaon Region

Filled with deodar and pine trees, the place is dotted with architectural ruins of the Kangra Fort and the Nurpur Fort. These forts are located at about 66 km from Dharamshala and bring out the architectural style of the region.

Also, Chamunda Devi temple, war memorials of those that lost their life in Indo-China war, and a library of Tibetan works are added attractions. The area is also known for its nearby places such as Mcleodganj.

Mcleodganj too is another travel destination that is opted by many. The place is located near Dharamshala in the upper valley.

Also known as Little Lhasa as Tibetan population lives here in large numbers. Moreover, it is popularly known as the place of Dalai Lama and has two of the main monasteries of Tibetans – Namgyal and Tsuglagkhang Monastery.

The place is a blend of Tibetan and British culture and architecture. While on a trip to Mcleodganj, one must visit the Triund and the Monasteries.

It is a common adventure place for trekkers and famous for its high mountain peaks clad with snow. Besides being the perfect place for trekking, it provides a picturesque view of the entire Kangra valley that makes you spellbound. The entire trek is a gradually inclined trek that lasts for about 2 km till it reaches Triund. Though a small hill station, Kasol has gained popularity over the years. The place full of mountains as it is located at an elevation of 1,650 meters from the sea level in the Parvati valley.

The place is a trekking magnet as it has some moderate ranges such as the Sar pass, yanker pass which are the base champs. Rock climbing is another activity that is opted by tourists.

Kazo is a remote village that is set at an elevation of about 3,200 meters. It is located in Lahaul Spiti district of Himachal Pradesh and is known for its ancient monasteries.

These include the Sakya Tangyud Monastery and Ka Monastery. Kazo full of hard terrain mountains has a Bhaba valley trek that is an easy trekking option for adventurers.

Tabo is another holy place of the Tibetans as it is named after the monastery Tabo. Though the monastery was built in the 10th century, its frescos, thanks, and manuscripts are well preserved.

A visit to the monastery is a must if you ever visit Tabo. The statues, murals are preserved inside the complex that has 9 temples, 4 stupas, and 23 chortens.

The best time to visit the place is during the Kalachakra festival of Tibetans that brings out the philosophies, culture, and practices of the Tibetans. If we talk about the least explored places in Himachal, it would the Kinnaur district. The district has one of the most beautiful lakes, the Nako lake that remains untouched by human species and brings out the natural beauty of the Himachal.

The lake is surrounded by willow and poplar trees and remains unknown by foreign and domestic tourists.
Though it is a small lake but it is worth exploring as the region also has other Tibetan monasteries that might not find mention anywhere else.

I have pretty much covered my list of best places to visit in Himachal Pradesh, but if you have time, then some of the not so well known areas such as Malana, Kaza and Dhankar must also be explored to witness the diverse culture that Himachal has in store.

These places are not just full of natural beauty but the settlements bring with them the actual culture of the place that makes you understand their style of living.

Tourists throughout the year visit Himachal Pradesh. But for an improved experience, it is recommended to either visit in summer or winter as during monsoons, there are high chances of landslides and frequent rains.

It is recommended to carry the necessary paraphernalia even though you visit in summers. Rains are pretty much uncertain in these areas and therefore one must be prepared for every situation.